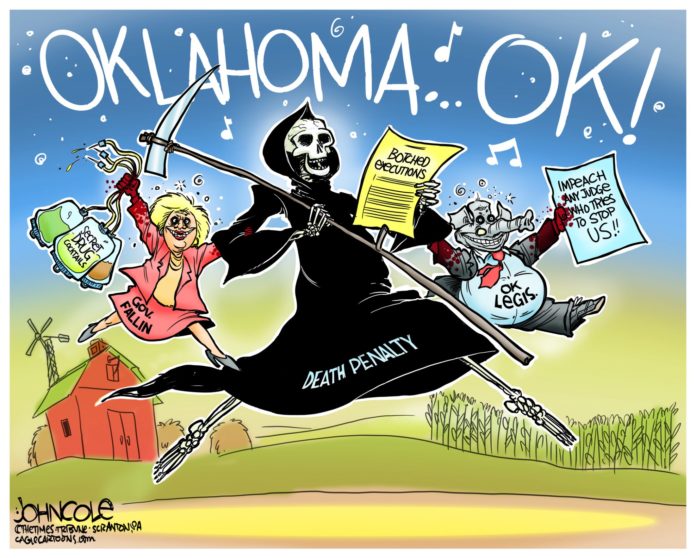 On Sept. 16, Oklahoma plans to execute Richard Glossip, a man accused by only one witness.

What is known is that 19-year old Justin Sneed did the murder, and that during six hours of police interrogation, accused Richard Glossip of hiring him to kill Barry Van Treese.

Gov. Mary Fallin could grant a 60-day stay of execution to allow Richard Glossip’s new defense team more time for further investigation. So far, says she will not.

To help Richard get a 60-day stay, people can call the Oklahoma governor’s office at 405.521.2342 or sign the petition at www.MoveOn.org/RichardGlossip.