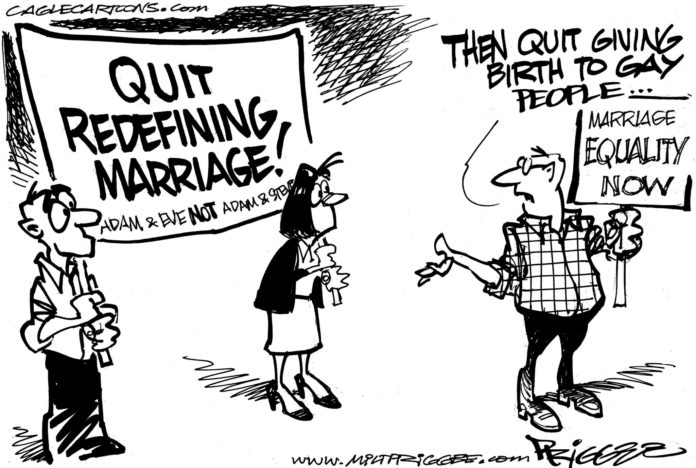 This past weekend Oklahoma City, in general, and Draper Park Christian Church, in particular, was host to one of the most famous homo-haters in the country, supported or opposed depending on your POV, and one who is prominent in East Africa and Eastern Europe as well.

Who knew that one could be so successful by promoting discrimination against a minority that has as its signature same-gender orientation?

With the fame of GOP Rep. Sally Kern spreading far and wide, as well as GOP Rep Mike Reynolds’ attempt to reinstate DADT in the Oklahoma National Guard and his attempt at removing work place protection for minorities, has the capital of Oklahoma become the new hotspot for homo-hatred, the latest proving ground for biblical imprimaturs?

Who am I talking about? Scott Lively – who certainly lives up to the adjectival, lower case form of his name.

Those new to the energetic and “Lively” discourse can do an internet search and you can start with this article from the Oklahoman newspaper and this press conference arranged by Cimarron Alliance of Oklahoma City.

I’d like to use this space and your time to let you know my take-away from attending the Sunday morning 9:30 service at Draper Park Christian Church.

In his opening remarks, Lively informed us of his victim status. He had a bad home life of physical violence from his dad who was taken from the home. He made no mention of his mother.

He says he spent so much time reading in his room, staying out-of-sight from his father, that he developed curvature of the spine. There was no ironic humor is his voice has he related this diagnosis.

This rotten home life led to 16 years of drug and alcohol addiction, living on the streets, and homelessness. No silver spoon in his life, he joked.

Lively had his road-to-Damascus moment when he went to his knees on Feb. 1, 1986 seeking deliverance from his miserableness and was completely healed of his addictions, released from the bondage of sin, immediately, just like his role model Paul. He went from having nothing to being a licensed attorney, author of five books, and best of all, witnessing for his Lord.

Such an extreme makeover is possible with the Lord provided you surrender to him and let him use you for his purposes. Let Jesus into all the hidden aspects of your life.

Abortion was Lively’s first great awakening cause and where he first saw the influence of Wicca, witchcraft, and Lesbianism directing the Wichita, KS Summer of Mercy of 1991 opposition.

Then, his Lord opened Lively’s eyes to an even greater danger: the homosexual and lesbian movement.

Lively believes there is a chain of causation in the growing influence of the “homosexual agenda,” a long war for which Lively doesn’t know all the names yet he knows it began in the 1940s with Harry Hay, founder of the Mattachine Society, who conceived a Marxist, subversive plot to overthrow a moral society.

This in turn gave strength to Alfred Kinsey, a “bug scientist” in Lively’s description, who wrote the famous study of male sexuality in the USA during the 1940s.

Kinsey intended to provoke a sexual revolution to tear down society.

According to Lively this “popularization” of sexual activity outside of one-man-one-woman marriage led to the success of Hugh Hefner, publisher of Playboy magazine, who Lively suspects of being bi-sexual, a fact that will be proven on the death of Mr. Hefner.

The homosexual agenda is gaining ground, according to Lively, because the HETERO-sexuals have been corrupted by the secret agenda of the HOMO-sexual, Marxist conspiracy initiated by Harry Hay.

Sowing anarchy results in the reaping of chaos.

Lively contends that the feminist backlash resulting from the success of Hefner’s publications was hijacked by Lesbians and has led to an “anything goes” sexual society corrupting the grand order and plan of his god, allowing the devil to exercise his technique of sowing chaos and disorder. The ethical exercise of sex within the traditional meaning of marriage is being dismantled by sexual license.

This is the reason for the rise of STDs among young people, school shootings, and “sex clubs” on school buses.

Lively said there is a chain of increasingly growing stages of control in the homosexual movement: privacy, tolerance, acceptance, celebration, and finally forced participation. Here he used the recently gay history bill passed in California requiring the teaching about significant people and milestones in homosexual history as an example. Oklahoma, Lively predicts, is on the cusp between acceptance and celebration.

Another example of forced participation used by Lively was the recent appearance at a high school journalism convention of activist Dan Savage, called by Lively one of the most perverted men in America. Savage criticized the selective use of Bible proscriptions from the Old Testament which rankled a number of students who exercised a seemingly pre-planned walk out.

In the spirit of full disclosure I use the word “homosexual” in this essay because that’s the word Lively used. My own word of choice is “gay” since “homosexual” is the old-fashioned word for a condition that has been proven to NOT be a disease by mental health professionals.

Also, Lively mentioned casually that he is being sued in this country for his activities in Africa.

Doing some research for this essay I also found that Lively had a “volunteer” coffee house manager working for him who was arrested for failing to register as a convicted sex offender.

When one is busy with international dealings it’s hard to keep one’s own coffee house in order.