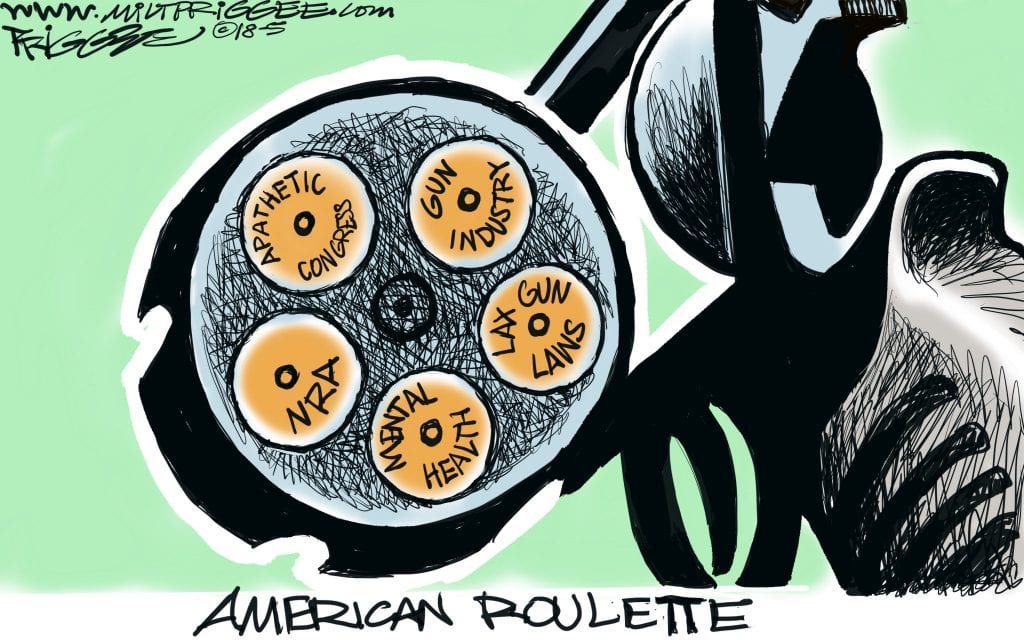 No one says, “How could this happen?”

No one offers solutions,

Well, here are some thoughts for you!

How about universal healthcare

How about we de-stigmatize

and not just for soldiers,

but for all who serve?

commits suicide in a public way,

taking out with him as many as he can.

Instead of seeking treatment

for depression and PTSD, treatment

that will land them a desk job,

or worse, end their careers,

they end them their way.

How about universal background checks?

No, it won’t keep guns

from the hands of every domestic abuser,

or public servant on the front lines,

Isn’t some better than none?

Invoke the Second Amendment, if you must,

but while we’re protecting the Second Amendment,

can we please protect the First:

Freedom of the Press,

the Right to Assemble, to protest

when the Constitution is in peril?

the Fourteenth, for goodness’ sake,

and all the others?

As we remember the end of World War I,

the War to End All Wars,

even though 20 million died in the attempt,

can we look for solutions to sanctioned mass killings, too?

– Sharon Martin lives in Oilton, OK and is a regular contributor to The Oklahoma Observer. Her latest book, Not A Prodigal, is available through Barnes and Noble. Her recent children’s book, Froggy Bottom Blues, can be purchased in hardcover or paperback from Doodle and Peck Publishingand in paperback from Amazon.