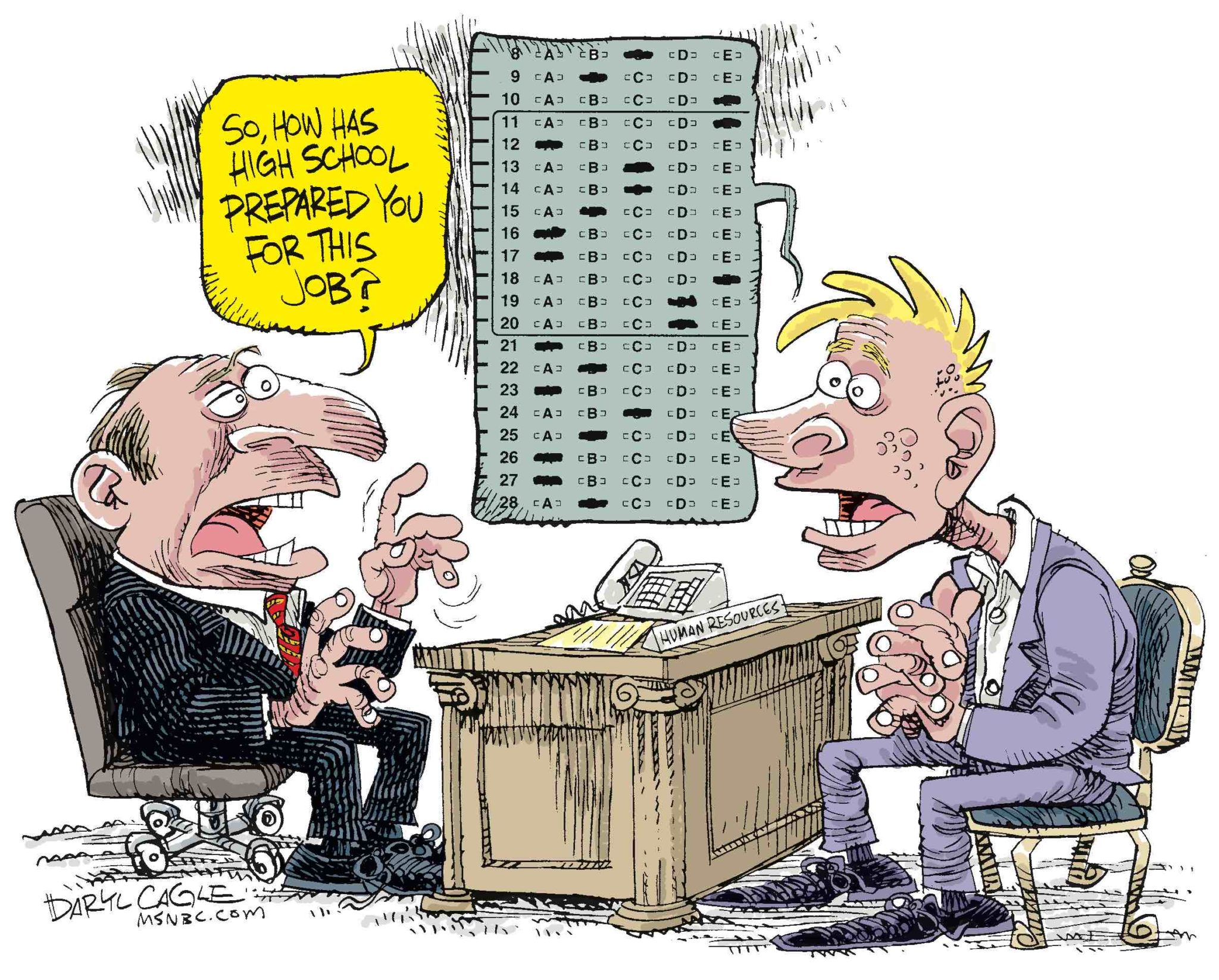 Oklahomans have spoken. State voters re-emphasized their preference for shady, unqualified bidness people to lead their governments – even a Kevin Stitt who didn’t even care enough about this state to vote semi-regularly.

In this year of educational crisis, Oklahomans picked a new governor who prefers indoctrination over public education and who would have vetoed the teacher pay raise.

Yet, he and the Incredibly Disappearing State School Supt. Joy Hofmeister are platitudeonously prepared to address the education crisis.

What are we facing?

K.S. McNutt reported Oct. 17 in The Oklahoman that, “Many of Oklahoma’s 2018 high school graduates will struggle to pass first-year college courses based on their ACT scores.

“Only 16% of Oklahoma students met all four college readiness benchmarks in English, mathematics, reading and science, while 43% met zero benchmarks.”

She gathered her information from ACT’s annual report, The Condition of College and Career Readiness 2018.

“Readiness in math fell to its lowest mark in 14 years nationally,” McNutt reports, “with 40% of 2018 graduates meeting the benchmark score of 22. Only 26% of Oklahoma’s graduates met the mark. The state’s average math score was 18.8.”

Hofmeister has a four-year track record of failing state schools. Our new governor’s stated cure for any problem is to find somebody to fire – and by no means have Oklahoma corporations contribute their fair share to prepare their future work force.

Cheapness is evidently a state priority. The Heartland: Factbook 2018, produced by the Walton Family Foundation and the Brookings Institute, points out that “Oklahoma lags in research and development funding,” to borrow The Oklahoman’s Nov. 6 headline.

Scott Merchant observes, “From young workers with bachelor’s degrees to technology spinouts and venture capital, Oklahoma is struggling to build the ‘human capital and technology capacity’ that we need to compete and prosper in an innovation driven economy.”

With just 16% of state high school grads qualified for college, it is easy to see how we might end up with a shortage in college grads. [Mass props to all who overcome such shortcomings.]

Merchant continues, “When it comes to two key drivers of high-quality job creation and venture capital investment – research and development [R&D] funding and technology transfer from universities – Oklahoma ranks at the bottom of the [19-state] Heartland list. We are lagging in both public and private sector investment in R&D and our universities are not keeping up with universities in other states in producing research that can be taken to market.”

Over the last three years, 37% of sound R&D proposals were funded, Merchant writes, leaving an unrealized economic impact of $848 million, according to the Oklahoma Center for the Advancement of Science and Technology.

The key to fixing this situation, of course, is to cut funding, eliminate jobs and protect the polluted profits of the petro pirates.

That’s what Stitt thinks, and so, too, must the majority of Oklahomans. Prior to the election, I advocated a change for the better. Evidently things are just ducky already.

– Gary Edmondson is chair of the Stephens County Democratic Party

Previous article
Exes In Texas
Next article
Not Another One!