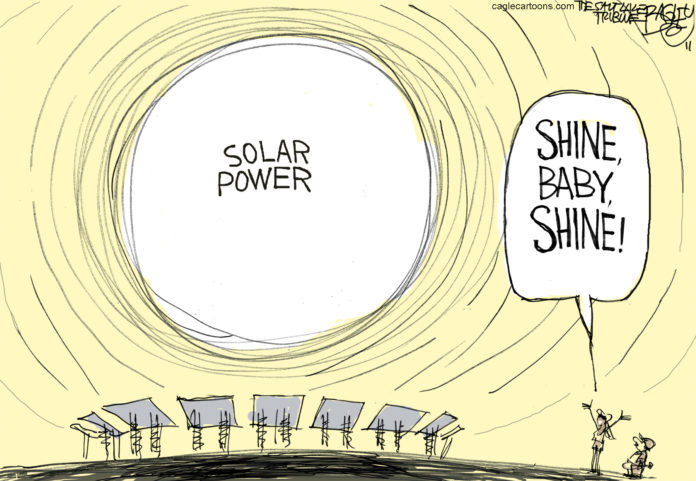 Democracy is at risk of being undermined by the oil and gas industries. Towns are being sued by the energy industry for voting against having holes drilled in their property for the sake of extracting oil/gas. The pollution potential has yet to be fully understood or quantified. You’ll all recall when this attack against the private ownership of the land began.

It happened during George W. Bush’s first term when Dick Cheney and friends, including the felonious Kenneth Lay of Enron fame, convened a secret series of meetings that gutted the EPA, OSHA and other regulatory agencies that would oversee the technology and the drilling for environmental and human safety purposes. They rammed virtually unlimited drilling and exploration through to either laws or presidential decree.

A recent article by David Sirota shocked readers by exposing the naked attacks on the citizens of America by the oil/gas companies insisting that what lies beneath is theirs to exploit. The title of the article is Can Capitalism and Democracy Coexist? I think that question is more poignant now than ever.

In view of the complexity of our national problems – most of which involve money, jobs, our environment, the poor, education and health care – let’s step outside the box and try something new, you know, like using existing technology to create new industries, employ millions and solve short-term problems for the long term. We’ve done it before. Remember, we went from Roman candles to the moon in 12 years.

Some engineers at NASA who, having had their budgets reduced and thus with time on their hands, conjured up some new ideas for space exploitation. They thought we could assemble those solar panels used to operate satellites and our international space station in a large array such that it could generate enough electricity to supply cities and towns on Earth. The transmitter attached to this array sends the electrical energy to receivers on Earth much like we receive TV signals from communication satellites.

When they proposed this idea to our Department of Energy, they were told to go mind their rockets and nozzles. Our intrepid engineers then went to Canada’s energy people who fell over themselves with excitement and are currently developing this idea.

We must keep in mind the massive project necessary for electrifying the Earth from space gathered sunlight. The arrays would likely have to be the size of Rhode Island. So what? They’d be hundreds of miles above the Earth’s surface, on the job 24/7 and everyone would be thrilled to see them in the night sky. We do have the technology to build it. Do we have the political will?

Would this project be expensive? Oh yes! We may even resurrect the space shuttles from the museums to kick it off until we build something even smarter, like reusable robotic rockets that launch and deposit sub-assemblies for space-based workers or robots to assemble.

The cost recovery, savings and avoidance will be summarized later. The new technologies needed would rival our original space exploration efforts.

Could we do this alone? Probably. After all, we have 20 million unemployed people in country who would be excited about finding work. Who would pay for this project? We would. All of us.

The vast wealth of the current oil/gas business would be used to fund some portion of the project of the sun and they would reap huge profits for time immemorial. Here’s how.

With unlimited, constant electricity for everyone on Earth, everyone would be obliged to pay for it. Every dwelling, camper, vehicle, business that used this power would pay just like we pay for satellite radio or TV. The world is the subscriber to guaranteed energy for as long as the sun shines. Current estimates say the sun is good for another three billion years or so.

Now, the payback … Coal-fired power plants go away, but the coal is used to generate vast quantities of coal oil, naphtha and a wide variety of volatile base chemicals for plastic manufacturing, and all the other industries currently married to oil.

That’s not to say we won’t need oil, we will. We’ll just need much less of it. In fact, some of our petroleum refinement capacity could be converted to coal tar refinement. Nuclear power plants will no longer be necessary. Use the fuel for other things that are safe.

Cutting up all those unnecessary oil tankers provides a bonanza of scrap metal for just about everything else. Dismantling power lines provides another metallic bonanza, in this case, copper.

Think of how much quieter we will become when most of our vehicles are electric powered with never a need for refueling … as long as they don’t let their subscriptions expire.

We won’t need to spend our money on fuel transporting our fuel source from those exotic and wonderful places on Earth where the citizens love us so. We can channel our current petroleum reserves to people-positive items for cheaper commodities … like antibiotics, drugs and containers for them. This would also tend to keep the tar balls out of the oceans.

Of course, we’d have to educate an entire generation of citizens to appreciate this undertaking, build it, design and build the spin-off products and solve one of the most onerous of looming problems mankind faces.

Since most of the Western world has lost/forgotten the capabilities for sustenance economics and the ability to live in a peaceful country, this chance to liberate ourselves from the basic modern need for energy might just allow democracy to regain its control over capitalism and thus avoid the United States from becoming a plutocratic dictatorship run by such lovely beings as the Koch brothers.

That prospect alone is enough to motivate me to try.