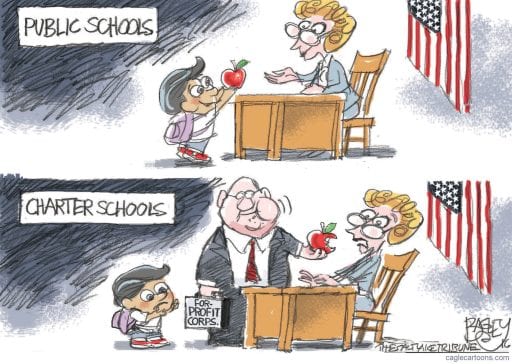 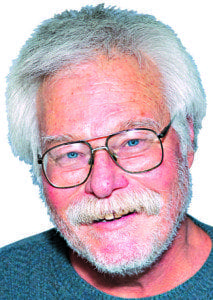 Next January, Diane Ravitch’s long-anticipated book on education reform, Slaying Goliath, will be published but it is being preceded by an anthology, The Wisdom and Wit of Diane Ravitch. I contribute to Ravitch’s blog, and we have only had two types of disagreements. One is addressed in the new book.

The first disagreement was illustrated last fall when we were sitting with some of America’s top education experts. I said that Ravitch is the most important education writer of the last century. Only she dissented.

The second was included in The Wisdom and Wit, where she wrote:

John Thompson contemplates the urgent issue of whether I hurt reformers’ feelings. …To be precise, the question posed by his review is, “Should Diane Ravitch Be More Careful to Not Hurt Reformers’ Feelings?”

Ravitch acknowledged that “reformers say I am ‘mean’ or ‘harsh’ when I say that some ‘reformers’ have a profit motive or that their grand plans actually hurt poor minority children instead of helping them.” She had been told, “Bill Gates was very hurt by my comments about his effort to remake American education. He frankly could not understand how anyone could question his good intentions.” But Ravitch had never questioned his intentions, even though she “certainly question[s] his judgment and his certainty that he can ‘fix’ education by creating metrics to judge teachers.”

Ravitch confessed to being less worried about the Billionaires Boys Club’s feelings than their “constant repetition of the blatant lie that American public education is a failure.” She said, “Dear reformers, please know that I didn’t mean to hurt your feelings. I just wanted to let you know that your efforts to create a dual system of publicly funded schools turns back the clock to the shameful era before the Brown decision.”

And Ravitch “wanted you to know that your reliance on standardized testing is a grand mistake.” She opposed reforms mostly based on the edu-philanthropists’ theories, and wanted them to realize “your speculative plans are not ‘hurting the feelings’ of teachers and principals, they are ruining their careers, ruining their reputations, doing real and tangible damage to the lives of real people.”

I followed the link to my review of Ravitch’s 2013 masterpiece, Reign of Error, which prompted her statement. It was a positive review of the book which also said:

I have been preoccupied recently with attempts to seek common ground with liberal and conservative reformers on state and local levels. So, re-reading her masterful documentation of the dangers of privatization, I kept returning to the only passages, from page 34 to 41, that bother me. If the wording of much of the chapter on ‘The Language of Corporate Reform’ was toned down, would supporters of the contemporary school reform movement have any reason to be offended?

This was at the beginning of President Obama’s second term. Secretary of Education Arne Duncan had filled the administration with Gates Foundation staff, and most of the Gates agenda had become law, with devastating consequences. The plan was to impose dramatic disruption on the education “status quo,” and create “transformative” change.

It had proven to be easier to kick down education barns than to rebuild them.

I had had long telephone and email conversations with numerous leaders of the top venture philanthropies, and their researchers. Corporate reformers had invited me to their conferences, with one letting me crash at his house in New Orleans. That reformer now heads a coalition with $200 million devoted to mass charterizing school systems across America.

I had been socialized into Oklahoma’s reality where progressives had to collaborate with the powerful, try to seek common ground, and avoid conflict as much as possible. I was often told that reformers didn’t like her terms “corporate reform” and “privatization.” Even though I believed that Ravitch had made an overwhelming case that those words were appropriate, I had stopped using them.

By 2013, as is explained in The Wisdom and Wit of Diane Ravitch, an overwhelming body of social science had documented the failures of corporate school reform. Moreover, the evidence showed that accountability-driven, market-driven reforms had failed in the ways that researchers and classroom teachers predicted they would. It had seemed likely that President Obama would consider a “lessons learned” process, stop blaming teachers, and agree to an evidence-based conversation about the next era of school reform.

Communicating with representatives of the nation’s elites, I learned that most of the pro-reform experts realized that something had gone terribly wrong. Although few agreed the huge body of evidence showing that their movement had taken terrible inner city schools and made them worse, most admitted that it had not produced very many positive changes. Some of the poorest students had been helped and others had been hurt. And reformers often knew that they had had far more success driving veteran teachers out of schools than in finding replacements.

I was not completely wrong in believing we could start a dialogue. A bipartisan coalition was making Oklahoma one of the first states to undo the worst education policy of the era: the use of test scores in teacher evaluations. But I was mostly wrong and Ravitch was right. The Billionaires Boys Club merely adopted a kinder, gentler public relations spin. Then, schools were further undermined by budget cuts, and the exodus of experienced teachers, leaving public education even more vulnerable.

So, we need a new round of the type of conversations that I’ve tried, while heeding Ravitch’s hard-earned wisdom.

By the way, last month, Diane Ravitch told me that she would still like to sit down with Bill Gates for an evidence-based conversation.

Previous article
Democracy’s Enemies Within
Next article
Most Dangerous Man 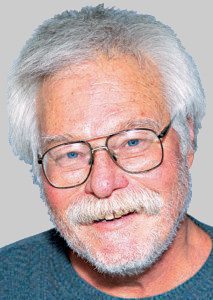