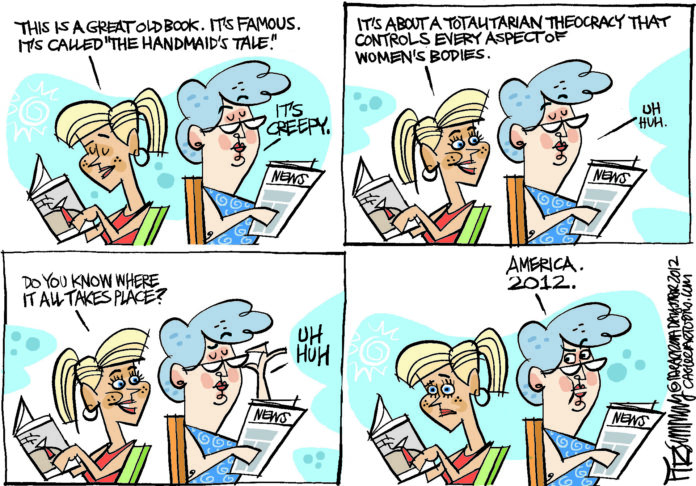 Reince Priebus is reverting to the old male standard of trying to convince women that the GOP’s “war on women” is just all in our little heads.

Latest analogy to convince women that this is just something the Democrats and the media made up to make them look bad: caterpillars.

It’s fiction that women in Oklahoma have to look at an ultrasound to get a legal abortion even for rape or incest. It is fiction that the Virginia Legislature gets to subject their women to what, if any other instrument were used against their will, would be considered rape by instrumentation. That in many states fertilized eggs, that are indistinguishable from any other mammal, have more rights than the women carrying them is fiction.

Women must follow anything the media tells them – it’s in their genes or jeans. Women are just plain gullible and have the IQ of a caterpillar, but soon after being wrapped in a protective cocoon that she has spun herself, she will emerge a beautiful butterfly or a plain-Jane moth.

Take a hike, Reince, off the nearest cliff.

Let’s go with this caterpillar/pest problem. Farmers who have caterpillar or pest problems usually get some sort of aid from the government and most of the time it involves some sort of careful interruption in the reproductive cycle of the pest.

Caterpillars can get birth control, whether they like it or not. We like it, we want to keep it; we are not caterpillars and the GOP wants all of us armed and dangerous and definitely angry.