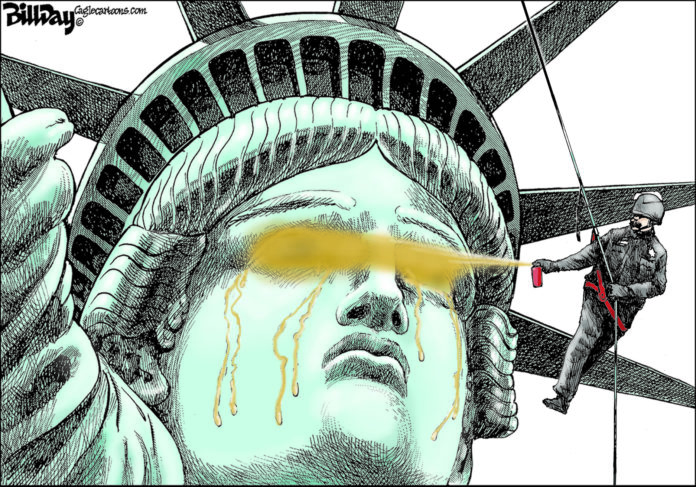 The Highest Court And The NCAA

It is late March and you know what that means. It means overtimes, last second shots, and blown calls by referees. Speaking of, there is one instance in which the referee, without a doubt, did get it wrong. It occurred on the highest court in the land.

In our constitutional system, the Constitution can be thought of as the rulebook. The Supreme Court as “referee” must ultimately determine when those rules have been broken, and make the final interpretation as to their meaning.

Any referee can make a mistake, exercise poor judgment, or even be corrupt. Concerning the former, in a 1918 case the Supreme Court, apparently due to the influence of conservative thinking of the time, actually misquoted the Constitution.

As “referee” in our system of government, the Supreme Court might have advice for dealing with questionable infractions in a recent NCAA game.

The game was Notre Dame [the Fighting Irish] versus Xavier [the Musketeers]. It was a close game when, with less than three seconds left Notre Dame trailed by two points. When Xavier fouled, a Notre Dame player was awarded two foul shots. If both shots are made, overtime is fairly certain.

The Notre Dame player made the first free throw. We will never know if he made the second shot. That’s because the referee spotted an infraction which resulted in the first shot not counting, no second shot, and giving the ball to Xavier. [Remember, with less than three seconds left.]

What followed for Notre Dame wasn’t just madness, it was Kafkaesque. The final seconds of the game changed the entire tenor of the previous 39 minutes and 57 seconds. The infraction that caused this was the whistle blown after the Notre Dame player shot the first of the two [should have been] free-throws. The infraction occurred when a Notre Dame player entered the space below the free-throw line before he was supposed to. The player, who had been standing at the top of the key, ran toward the hoop, prematurely crossing the free-throw line.

It is a rule that is rarely enforced. Suddenly enforcing a typically unenforced rule is one thing, but there is a deeper problem here. How the Supreme Court decides cases not only demonstrates this, but could have helped the NCAA referee make the correct call [instead of the referees determining the game].

When the Supreme Court decides cases it looks at the totality of facts. It doesn’t just rely on the words of the Constitution. Determining whether or not a constitutional rule has been violated is not as easy as just looking up words in the dictionary. For example, take the word “adjournment.”

Although rare, the court has had to decide whether the end of the first session of Congress [each Congress is two years long] constitutes an adjournment, or is Congress only really adjourned at the second session? Furthermore, even if that question can be answered, what about instances during a session when Congress is not in Washington [an intra-session recess or a holiday]?

The court has had to interpret what the Constitution means by adjournment, and what other situations might be included in this. The rule is in black and white. It’s exact meaning, at a particular point in time, is not. In deciding these cases the court has been guided by what the intent was in putting these stipulations in the Constitution.

Back to “madness.” This was exactly the situation the referee was in during the final seconds of the Notre Dame game. The infraction called was based on a rule that was designed to prevent a player on the perimeter of the foul lane from getting an advantage in rebounding the ball in the event of a missed shot.

Enforcing the rule makes no sense if the free-throw is made [which, remember, it was]. So the rule, in the context of that game, at that moment, in that situation, was basically obsolete. That is the approach the Supreme Court, as our nation’s referee, used for enforcing the rules in the pocket-veto cases. Unfortunately, for Notre Dame, the NCAA referee ignored this approach.

– Dr. Danny M. Adkison teaches constitutional law at Oklahoma State University and is a regular contributor to The Oklahoma Observer