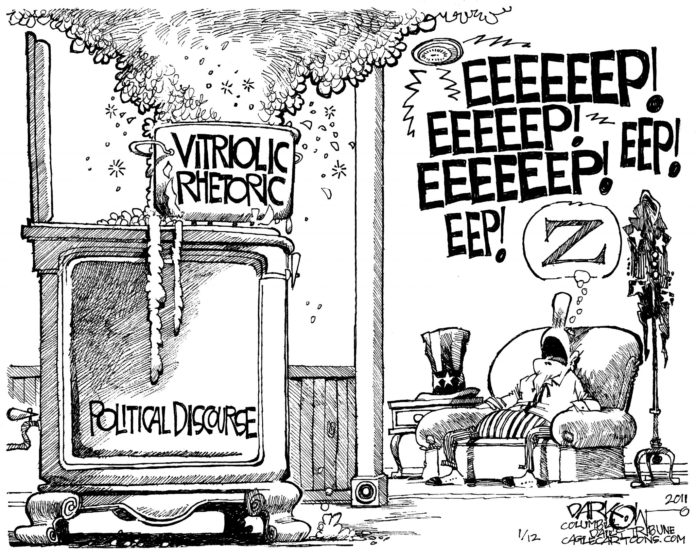 The Wages Of Disagreement

In the spring of 1960 my best high school buddy [honorable-mention all-American] received many football scholarship offers from the major colleges east of the Mississippi. My friend came from the Cumberland Gap region of western Virginia, though our school was in Ohio. His nickname was “Hillbilly.”

He chose to attend Florida State University. I asked him why there and not Ohio State? Without blinking he said it was because in the South he didn’t have to play with any ….. [of those people]. It didn’t register with me then what he really meant.

We kept in touch for a few years, but eventually went our separate ways. We reconnected again around 2003 and discussed a variety of things not the least of which was our invasion of Iraq.

He still lived in Florida and sent me all sorts of material via Internet supporting the weapons of mass destruction “theory.”

During one of our telephone conversations he warned me that we probably differed on most things. I naively dismissed his warning because I didn’t think my pal could be anything but my pal.

After I pointed out to him that the stuff he was sending me was in error and part of a lie/cover-up he wrote me back to tell me we were done as friends.

It was then that I understood what he meant in 1960. Our paths were diverging, but I didn’t want to accept that.

A couple years later I reconnected with an old roommate from my days in San Diego. He worked as a civilian contractor for the Navy.

After some newsy updates, he started in on the hate Obama rhetoric that I’ve come to see as the main theme for right-wing extremism, aka the Tea Party.

It was immediately clear that we – and the times – had changed. I terminated our communication.

These anecdotes are typical of what the instant communications environment and highly charged political debate seen 24/7 on all our media, including e-mail, has done to some of my relationships; many friends and relatives say the same.

E-mail gives people the chance to tell somebody off in language that they wouldn’t ordinarily use face-to-face. I’m guilty of doing that and am not proud of it.

When the passions of belief and partisanship are high, common sense, grace and intelligent discourse seem to dissipate with each keystroke or word.

Beginning with the 2008 election cycle my political activism increased and my ability to hold old friends who felt differently decreased. I’ve made many, many new friends who are similarly active, but have lost many old friends who don’t want to hear the other side or are just tired of it.

I think the loss of friendships, civil discourse, bipartisanship, compromise and the ability to understand the pure and absolute truth about anything are the wages of disagreement that today’s mind-flooding “communication/information” environment creates.

We’re all prisoners of our own emotions – what we think is right – and are loathe to give any of it up.

Where do we go from here?