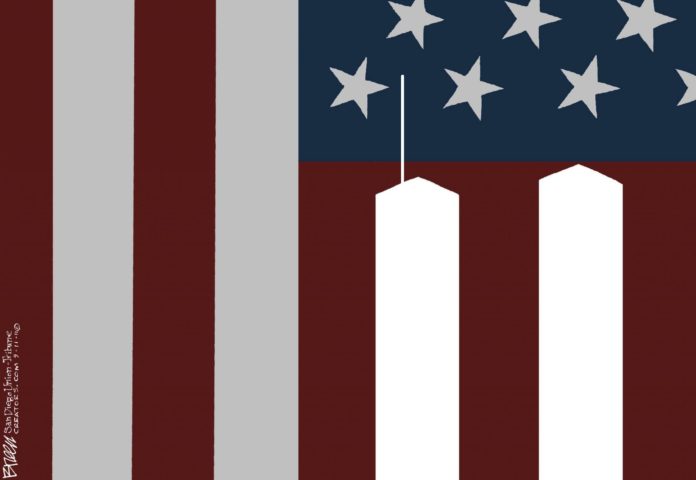 Will Fear Triumph Over Freedom?

In the heart-wrenching days after the terrorist attacks on 9/11, President George W. Bush acted boldly to prevent a backlash against Muslims and Islam in America and abroad.

Speaking to a shaken nation before a joint session of Congress on Sept. 20, 2001, the president described the terrorists as “traitors to their own faith, trying, in effect, to hijack Islam itself.” The enemy, he declared, is not Islam, but “a radical network of terrorists, and every government that supports them.”

At first, Bush’s efforts appeared to be working. Despite some disturbing incidents of discrimination and violence, most Muslim Americans continued to enjoy the support of their neighbors. The majority of Americans understood that the “war on terrorism” is a fight against extremists who kill innocent people in the name of Islam – not a war on Muslims or Islam.

Ten years later, however, the backlash Bush hoped to avert appears to be in full swing. In a Washington Post/ABC News poll taken last year, 49% of Americans say they hold unfavorable views of Islam – up from 39% in 2002.

Tragically, the growing anti-Muslim sentiment in the U.S. translates into concrete attacks on the religious freedom of Muslim Americans. Over the last three years, for example, 37 proposed mosques and Islamic centers have encountered strong public resistance in communities across the country. And some 20 states are currently considering legislation outlawing Islamic or Shariah law, despite the fact that Shariah law poses no threat whatsoever to America’s legal system.

Islamophobia is clearly on the rise in America. But why? True, the vicious war waged by al-Qaeda and its allies under the banner of “Islam” continues to poison the well of public support for Islam and Muslims everywhere. But headlines about “Islamist terrorists” alone don’t account for the recent surge in protests and venom directed at Muslims and Muslim institutions in the United States.

We get some answers in an investigative report released last month by the Center for American Progress [a self-described progressive think tank based in Washington, DC). Titled “Fear, Inc.: The Roots of the Islamophobia Network in America,” the study reveals that seven private foundations have given over $40 million over the past 10 years to a small number of anti-Muslim organizations. The donor list includes well-known conservative funders such as the Richard Mellon Scaife family foundations and the Lynde and Harry Bradley Foundation. [The full report is posted at www.americanprogress.org.]

Groups profiled in the report – Stop Islamization of America, Jihad Watch, the Center for American Security and others – claim to oppose only “radical Islam.” But their not-so-hidden agenda is to convince the American people that Islam itself is the enemy – and Muslim Americans are to be watched and feared as potential threats to our security.

Islamophobia network talking points about “creeping Shariah” and a purported Muslim conspiracy to subvert the Constitution are increasingly channeled by political and religious leaders and repeated endlessly on like-minded media outlets.

Demonizing Islam and Muslims does nothing to combat terrorism. As the report puts it, “treating Muslim American citizens and neighbors as part of the problem, rather than as part of the solution, is not only offensive to America’s core values, it is utterly ineffective in combating terrorism and violent extremism.”

Contrary to the anti-Islam propaganda, Muslims and Muslim institutions in the U.S. are allies in the fight against extremism. As noted in the report, the Muslim American community has helped law enforcement thwart more than 40% of terrorist plots against America since 9/11.

Ironically, the anti-Muslim movement shares a key aim with al-Qaeda: Convince people that the West is at war with Islam and Muslims. The expanding reach of the Islamophobia network in the U.S. fuels intolerance and discrimination – and gives al-Qaeda its most powerful recruitment tool.

“Freedom and fear are at war,” President Bush told the nation in 2001.

Ten years later, if the anti-Muslim forces in America continue to chip away at religious liberty, fear will triumph over freedom – and Osama bin Laden will achieve in death what he failed to accomplish in life.