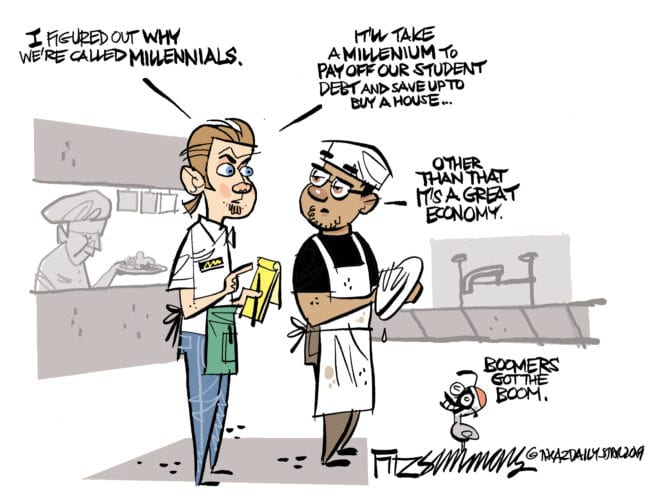 We should not be surprised that the clear majority of Democratic voters under 45 support Bernie Sanders and his Social Democracy platform – a platform very similar to that of Elizabeth Warren. Unlike people over 45, these young people have lived most of their lives in the aftermath of the Reagan-Bush-Clinton-Bush destruction of many of the social services and safety nets that exist in all of the happiest, healthiest, safest, most educated, and least corrupt countries in the world.

Many of these young people have seen their parents and grandparents struggle under massive medical debt [some of them have already incurred significant medical debt themselves], they have watched wealth inequality become more extreme than ever before, and many are afraid to go to the doctor because they know that in this system they are one serious illness from bankruptcy.

For many of these young people, a financial crisis caused by reckless banks wreaked havoc in the lives of their families, from which some have never recovered. Many of them are also living under crushing student debt that they had to incur because our society chose not to support strong public education at all levels.

The criticism that young people support Sanders and his Social Democracy platform because they think Sanders will give them free stuff is the most disingenuous criticism I have ever heard, especially when it comes from persons from generations who paid a fraction of the current cost of college, a fraction of the current healthcare costs, and who enjoyed a much better societal infrastructure than decades of austerity have delivered to us, all the while doing almost nothing about the most pressing crisis in human history – the climate crisis.

Personally I think Elizabeth Warren’s vision and plans are stronger and more thorough than those of Sanders, which is why she has been my No. 1 choice, but I absolutely understand why young people and many others show such strong support for Sanders.